things are not always as they appear to be. 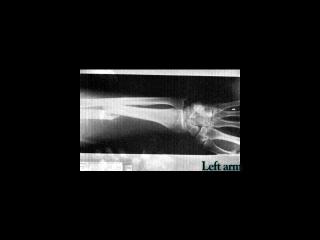 i had a meeting with the insurance claims adjuster regarding my new friend anna. he came to interview me, take pictures of the property, discuss the matter. inasmuch as i didn't really feel like having this interview, the minion spirits *fear* and *dread* revisited, it was actually quite interesting.

he ran late, we were starting to get busy for lunch so we stood and talked by the counter for the most part. he started by telling me that if there was any liability, it was most likely on the part of my landlord (since it happened outside) and i started to relax a bit. and yes, she dislocated and chipped the bone of her left elbow. after having God remind me of how i sat and calmly ate dinner on monday night after having broken my toe in two, i realized that you can sustain an injury and be calm about it -- perhaps i misjudged this woman?

he said the previous day, he met with anna at her home. he told me that if anyone could use the extra money from an insurance claim, it would be this lady: lives a spartan lifestyle, alone, widowed. no air conditioning, simple ceiling fan. small 2' by 2' television in the living room...i said "next thing you are going to tell me is it was black & white and she was watching reruns of 'i love lucy'..." close. probably "the price is right."

i thought to myself, "was she eating her hungry man frozen entree on a t.v. tray, giving the not-so-palatable end pieces of beef to her little doggie at her feet?"

he further explained to me that she has no money to pay for her medical bills, that her first visit with the ortho was $1700 and she endorsed her entire paycheck - $250 - over to the doctor as a down-payment and she was going to try to borrow the money from friends. said she only wants her bills paid and back wages, that's it. has no interest in lawyers, hasn't spoken to one, couldn't care less. just the minimum required to make it go away, and she'll be happy.

i was standing at the counter with my head in my hands. (i asked for the humility in small doses and what does He do?)

then he said, "i probably shouldn't tell you this, but she had one of those folded-up american flags in a shadow box - like her deceased husband was a veteran?" (this man obviously had been won over by this treacherous woman at *hello*)

i'm now officially done. i asked him if he would think less of me for charging her friend for the bagel and two sodas they consumed while waiting for the ambulance that day?

oh wretched (wo)man that i am.

needless to say, i walked away from this entire thing with a totally different perspective on the matter and now am wondering if i should do something to appease my guilty conscience or simply chalk all of this up to being a learning experience on just how judgmental i can be in my "Christianity" and instead of thinking this woman is hurting and feeling compassion and empathy for her, i was all about handing over the keys to my restaurant because i thought she'd take us for all we were worth (and that ain't much, either...)

i asked for it in small doses. if this is God's idea of *small*? 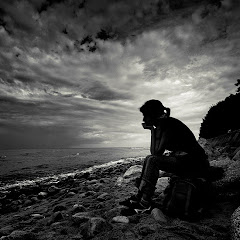